The film is an intimate portrait of a group of pioneering artists — now in their 70s, 80s and 90s — who gave birth to modern ballet. The revolutionary 20th-century dance troupe known as the Ballets Russes began as a group of Russian refugees, who never danced in Russia, and became not one but two rival dance troupes.

‘Ballets Russes’ begins with the company’s Diaghilev-era in turn-of-the-century Paris — when artists such as Nijinsky, Balanchine, Picasso, Miro, Matisse and Stravinsky united in an unparalleled collaboration. The film then explores the company’s halcyon days of the 1930s and ’40s, when the Ballets Russes toured America, astonishing audiences schooled in vaudeville with artistry never before seen, The company’s demise came in 1950s and ’60s when rising costs, rocketing egos, outside competition and internal mismanagement ultimately brought the revered Ballets Russes to its knees. “Enchanting, edifying and exhilarating.” Andrew Sarris

Tracing The Steps is a Fundraiser for Toronto’s Historic, Not For Profit Community Cinema. 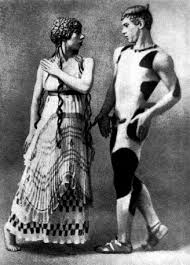 Join us for a unique exploration of The Ballets Russes and two of its legendary dancers Vaslav Nijinsky and his sister Bronia, an enthralling visit to the world of the ‘dance greats’ who have imprinted their genius on our cultural history.

The Ballet Russes Dance Company revolutionized 20th-century performing arts, introduced modern dance to the world and continues to influence cultural activity today. The two Nijinsky siblings were brilliant artists central to the intriguing tale and incredible worldwide success of Ballets Russes. The evening will include:

The mastery of Les Ballets Russes came from the partnership of dance, music and visual design. The company partnered with young dancers and choreographers such as the Nijinskys, and musicians and designers including Igor Stravinsky, Claude Debussy, Vasily Kandinsky, Pablo Picasso, Henri Matisse and Coco Chanel.

The Revue is proud to host this unique evening and artistic collaboration. It seemed fitting to trace the steps of the Ballets Russes and the Nijinskys artistry as portrayed in the written word, dance and film. 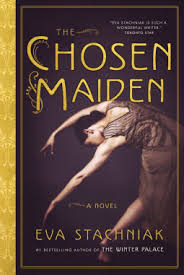 The Chosen Maiden, which The Toronto Star calls “a tale of intrigue, love, betrayal and redemption set in the realm of art and artists, exploring the line between dedication and obsession, creation and madness” tells the story of Bronia Nijinska an extraordinary artist and a younger sister of the legendary Vaslav Nijinsky—one of the world’s greatest dancers of all times. Writer Eva Stachniak lives in Roncesvalles Village and is a master storyteller of historical fiction. Her first novel of Catherine the Great, The Winter Palace, was a #1 international bestseller.

Piotr Stanczyk, Principal Dancer with The National Ballet of Canada will introduce guests to Nijinsky, The Ballet by John Neumeier performing at the Four Seasons Centre for the Performing Arts, November 22—26, 2017.

“In addition to being one of contemporary choreography’s most important voices, John Neumeier is a world authority on the life and work of Vaslav Nijinsky. Who better, then, to create a work that delves into the mind and spirit of one of ballet’s—and, indeed, modern culture’s—most legendarily complex figures? Renowned for his unforgettable stage presence, his astonishing technique and his groundbreaking approach to choreographic expression, Nijinsky shattered for all time not just the prevailing notions and expectations of the male dancer, but the limitations that convention had imposed on the range of dramatic possibilities in dance itself.” National Ballet of Canada 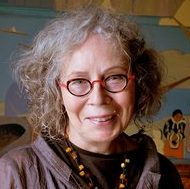 Tracing The Steps is presented thanks to the gracious support of Eva Stachniak, The National Ballet of Canada, The Pia Bouman School For Ballet and Creative Movement and Penguin Random House Books.