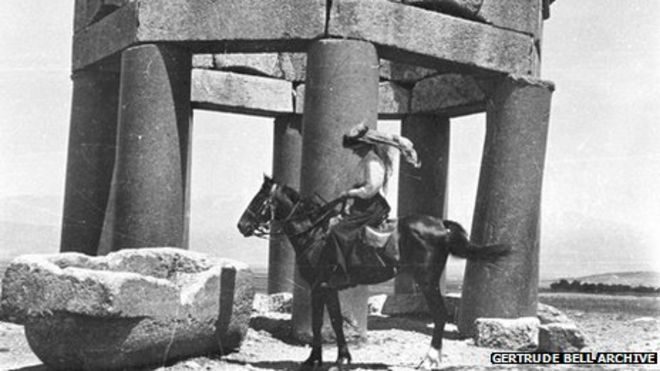 Bell was unique and powerful, travelling alone into the Arab world, mastering languages, learning the culture and changing history.

In the fascinating documentary, Letters from Baghdad, actor Tilda Swinton reads from the copious writings of Gertrude Bell, who has been described as the female Lawrence of Arabia.

An Oxford graduate, mountaineer, archeologist, courageous traveler, writer and photographer born in 1868, she spent years in the Middle East, where she mastered Arabic, Persian and Ottoman languages, learned the intricacies of tribal relationships in the region and earned the trust of Arab leaders. She went on to play a key role in the formation of modern-day Iraq. More knowledgeable and influential than her friend T.E. Lawrence, why was she been forgotten?

Guelph professor emeritus Michael Keefer will help us understand Bell’s unique contributions in the Middle East and brief us on how political decisions made back then underpin today’s realities. Michael’s writings include essays on Palestinian rights, the war in Iraq and threats of war against Iran.

The Extraordinary Women Series: Presented since 2016, the series highlights the stories of interesting women who may have accomplished much in their fields but were overlooked or relegated to obscurity, sometimes for hundreds of years. The series helps raise funds to support Back Lane Studios’ arts programming.