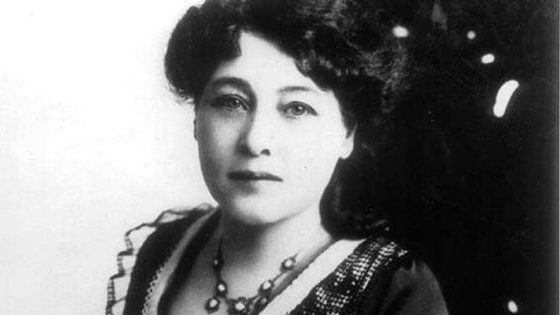 This feature documentary is a portrait of Alice Guy-Blaché, one of cinema’s most fearless pioneers. A filmmaker before the word even existed, Guy-Blaché made her first film at the end of the last century, when cinema was still brand-new. This film rescues her brave and shining memory.

You probably haven’t heard of her, but the first person to write and direct a short, narrative film was a woman. Alice Guy-Blaché made hundreds of short films in the early years of cinema, promoting a natural style of acting and working with new techniques such as synchronized sound and colour. But in her lifetime, she was forgotten, most of her films lost and some attributed to others.

We will remember her with a screening of an NFB documentary about her, introduced by popular U of T lecturer and early cinema expert Charlie Keil. He will also take part in a post screening discussion and Q&A.

This is another in the ExtraordinaryWomen series, presented by Back Lane Studios as a fundraiser in support of Back Lane’s filmmaking programs for students and seniors.