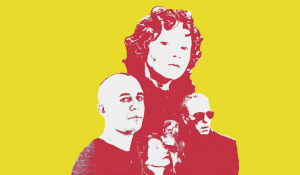 The 2018 Toronto Spanish Film Festival brings a wide selection of 2017 films representative of Spanish filmmaking, transporting us to the most bizarre life situations, such as when writing a novel takes a life of its own, when parents start a war with their daughter’s boyfriend for her own good, when an eccentric matriarch decides to live in a castle with her family and a monkey, or when we delve into the child psychology of an orphan as she receives a different type of emotional education.

SPAIN arts & culture features the most cutting-edge works of international renowned Spanish artists in fields such as design, urban culture, architecture, visual arts, film, performing arts, literature and music. A series of exhibitions, conferences, showcases, and performances take place every year, bringing a taste of all the creativity, history, and talent of Spanish artists to the Canadian public.

This program is organized by the Embassy of Spain’s Cultural Office in Ottawa.

All cultural and artistic activities that the Spanish government promotes and supports in Canada strive to emphasize a plurality of expression and opinion, in line with Spain’s own diversity in language, creativity in the arts and unique cultural heritage.